We’re not sure if you’ve gotten the hint- but at College Chefs we LOVE food! We love the practice of cooking, the experience of flavor, and the time spent sharing a meal. The food we choose to create and consume plays a deep role in shaping our cultures and personal identities. Ursula Dailey at Spright explains, “the link between food and identity is something Americans often overlook because we have so many options available to us; in a way, we literally absorb multiple cultures simply because of our ‘melting pot’ society.”

Food choices are one of the most personal aspects of our lives and feed (pardon our pun) into our personal expression. Not only do they aid in our own expression, but they play a huge role in defining cultural and historical identity. They are highly reflective of economic, social, ecological and political climates in which an individual and/or their ancestors have lived. These messages expressed through food traditions reflect the narrative of a community that can be difficult to articulate using words. “Food comforts as well as nourishes, it provides an embodied experience of the past as well as a physical one [of the now],” thesis. The deeply felt experience of creating or consuming a meal is a common human experience- we all need to eat!

“Throughout American history, food has played a significant role in activism because of its ability to form and express identity, build community, demonstrate allegiance with certain beliefs, and reject the status quo.” Sandra Johnson states in their theses Edible Activism: Food and the Counterculture of the 1960s and 1970s. From hunger strikes to the Boston Tea Party, we can see evidence of food being a staple of political expression.

“The personal nature of people’s interactions with their food allows for more intimate communication of culture because it allows individuals to express their beliefs clearly through symbolism,” Sandra Johnson.

The necessity of food also brings people together. All cultures, religions, etc. have a tradition of coming together over a meal. People, groups and families bond over preparing, eating and, yes, even cleaning after a meal. We identify with people who share our favorite foods and bond with those who share the foods we avoid. Core sets of ingredients, preparation habits and pallets narrow culinary options into a unified culture.

Jennifer E. Lee details the experience of creating both culture and identity in her TED Talk: The hunt for General Tso. “What you want to cook and eat is an accumulation, a function of your experiences — the people you’ve dated, what you’ve learned, where you’ve gone. There may be inbound elements from other cultures, but you’ll always eat things that mean something to you.”

Chef Dan Barber debunks the “melting pot” myth in American culture, and American cuisine more specifically. “Most cultures don’t think about their cuisine in such monolithic terms,” he says. “French, Mexican, Chinese, and Italian cuisines each comprise dozens of distinct regional foods. And I think “American” cuisine is moving in the same direction, becoming more localized, not globalized.”

While the choice of ‘what to eat today’ may seem low level, we see that it is, in fact, a major statement. As chefs, we recognize this intentionality in every culinary choice we make. As consumers, connoisseurs and at-home culinary artists you also have this same power to honor ancestral traditions and explore new methods of expression. Have you noticed any evolution or shift in your own taste? Are there any tried and true traditions you’ll never give up? Let us know! Hit us up on Twitter, Instagram or Facebook. 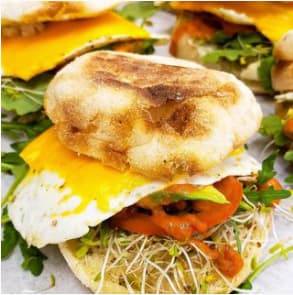